Actor Julia Louis-Dreyfus is not letting a few racy scenes get in the way of supporting her son in his role on HBO Max’s ‘The Sex Lives of College Girls.’

The 11-time Emmy winner made an appearance on ‘Jimmy Kimmel Live’ Tuesday to talk about her new Netflix movie ‘You People’ starring Eddie Murphy, Nia Long, and Jonah Hill.

It wasn’t long into the conversation, however, that things turned to her son, Charlie Hall, and his recent role in the Mindy Kaling-produced HBO Max series.

Hall appeared as Andrew in the show’s second season and had several scandalous scenes with Whitney, played by Alyah Chanelle Scott. Louis-Dreyfus, a proud mom and no stranger to Hollywood, said she didn’t let it deter her from tuning in.

‘I think he was really great, I mean, he was adorable. He was f***ng some girl in the library and I thought it was dynamite!’ the ‘Veep’ star told the late-night host. 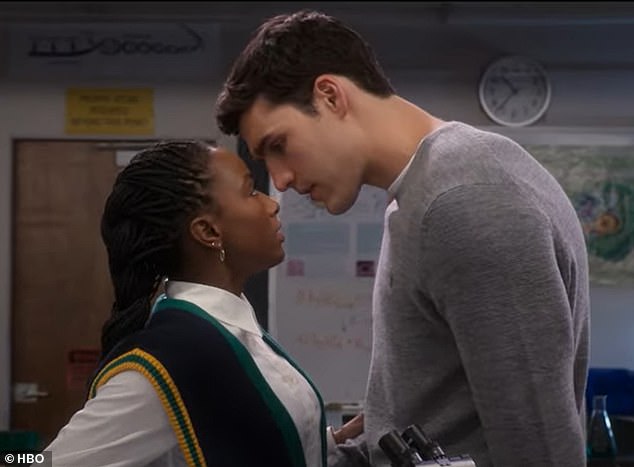