Zara Tindall broke down in tears as she paid a tribute to her late friend Trevor Hemmings in an emotional interview with her husband Mike.

The former rugby ace, 44, sat down with his wife, 40, for the first episode of his YouTube series ‘Mike Drop’ in collaboration with the Magic Millions horse-racing event in Australia.

During the 30 minute video, Mike quizzed Zara about her sporting achievements and specifically touched on her triumph in the London 2012 Olympics, where she won a Silver Medal as part of the eventing team.

The mother-of-three explained how she had recently retired her horse Toytown before it was announced the UK would be hosting the 2012 games. 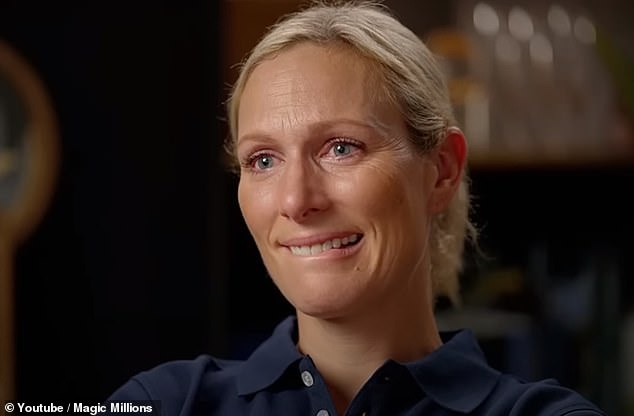 Zara Tindall admitted she found it ’emotional’ to discuss her late friend Trevor Hemmings, who passed away at the age of 86 last October

Although she was ‘heartbroken’ that Toytown couldn’t compete, Zara’s friend and supporter Trevor Hemmings – who passed away in October – was determined that she should still take…