‘Here’s the leader of the free world, pounding on the table’: Kevin McCarthy accuses Biden of ‘playing politics’ with the debt ceiling and demands sit-down with the White House to talk spending cuts 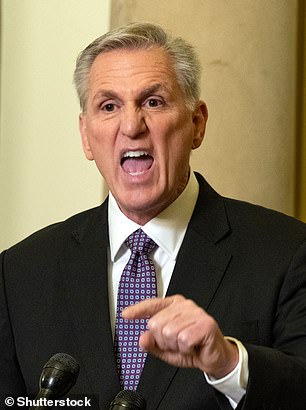 House Speaker Kevin McCarthy accused President Joe Biden of ‘playing politics’ with the U.S. debt limit on Tuesday amid a standoff over how to avoid a…