Gary Neville and Rio Ferdinand were among the pundits asking whether the Brazilian is contributing enough after United’s 3-2 defeat to Arsenal on Sunday.

Ten Hag was desperate to sign Antony from his former club Ajax over the summer, but he has yet to chip in with a single assist in United colours – although he has scored five times. 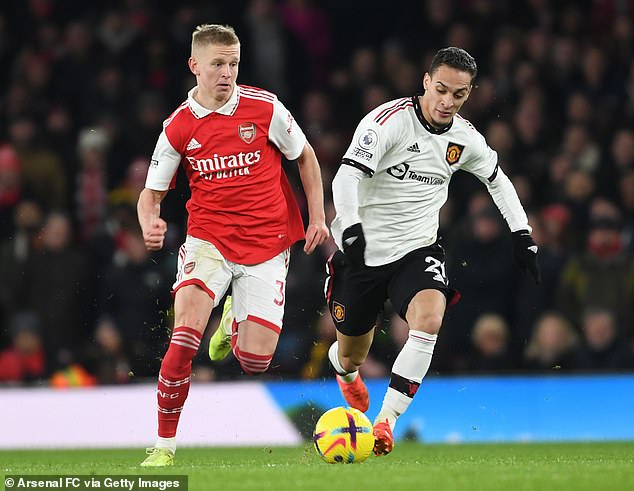 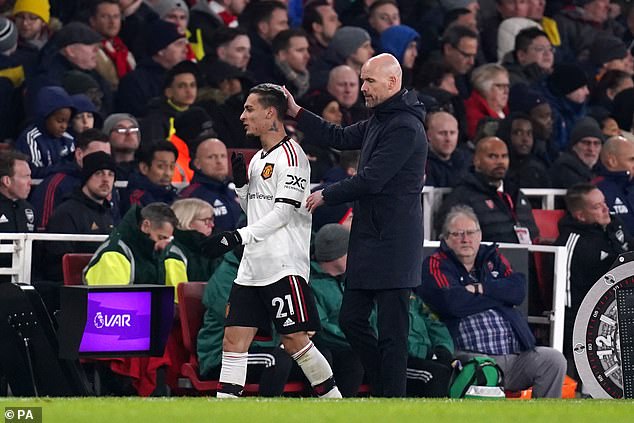 Erik ten Hag took the winger off with 19 minutes to go, with United losing the match 3-2

But the United boss sprung to the player’s defence ahead of Wednesday night’s Carabao Cup semi-final, first leg fixture with Nottingham Forest.

‘When he’s playing, the team…