The temperature plunged to a chilly 3.2°F (-16°C) as scientists commanded a snowstorm in a giant laboratory in Salford.

From the outside, the research facility, painted black, looks nothing more than a huge warehouse plopped in the middle of a university campus.

But inside lives two climate-controlled chambers, where researchers from the University of Salford are working away to see how houses can be more energy efficient by 2025 – when new Government laws will be imposed that require a significant reduction in carbon emissions from new builds.

Professor Will Swan and his team at the university can test around 95 per cent of all types of weather seen across the world, from freezing temperatures of as low as -13°F (-25°C) to blistering highs of 104°F (40°C) – similar to those parts of the UK faced during last year’s heatwave.

MailOnline went behind the scenes at the £16 million facility to see the lab in action. 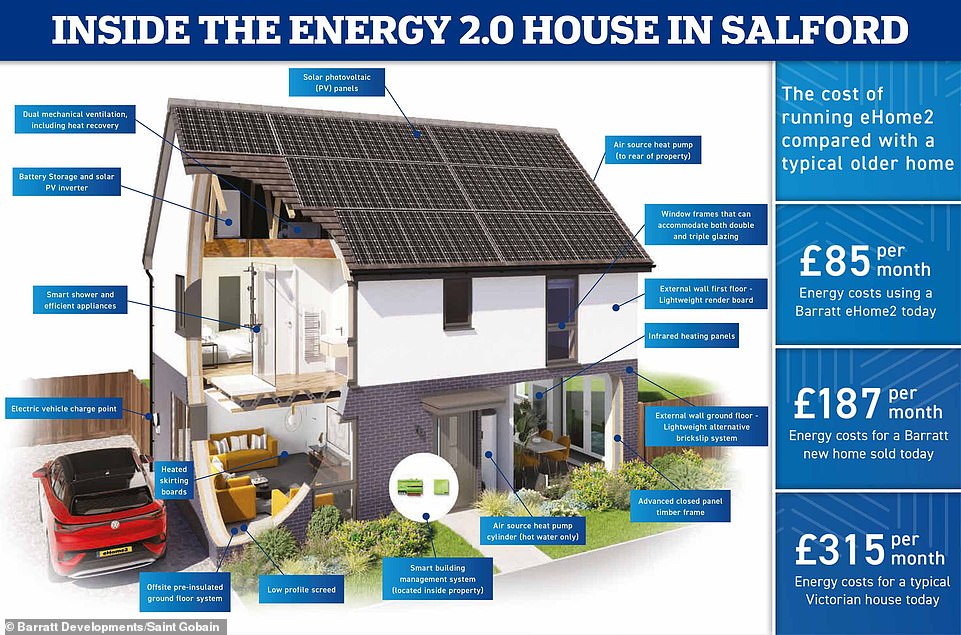 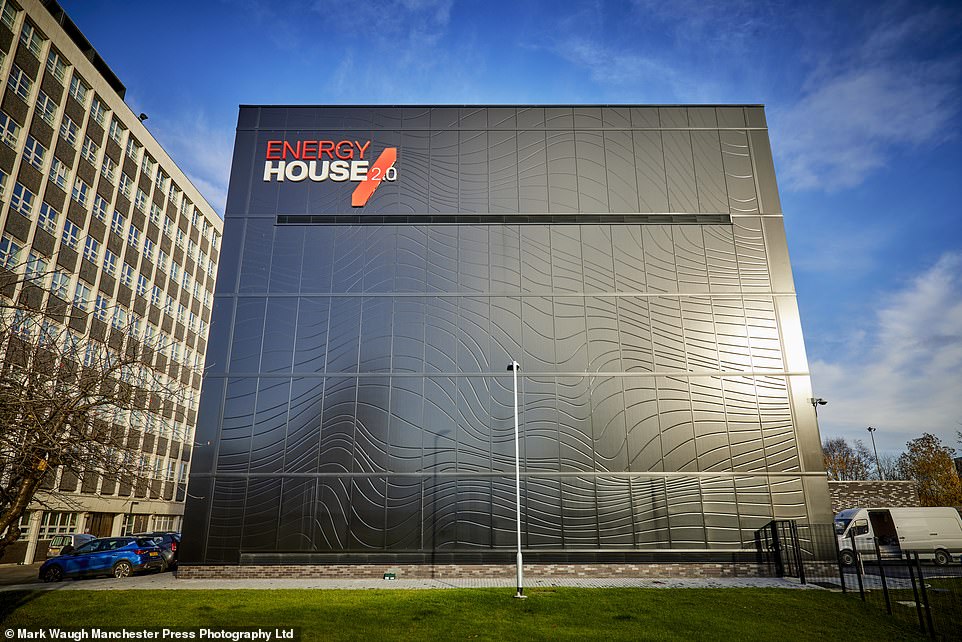 Energy House 2.0 at the University of Salford…