By Rachael Bunyan For Mailonline

Two people have been killed and several others injured after a man launched a knife attack on a train in Germany today.

A man attacked the passengers with a knife shortly before the regional train travelling from Kiel to Hamburg arrived at Brokstedt station at around 3pm today before he was arrested.

The suspect, who has not been named by police, launched the knife rampage just before the train arrived at Brokstedt station near Neumunster, a town in northern Germany. Two people were killed in the attack and several others injured, reports Bild.

The man was arrested at the scene by police officers, who have since closed the train station, reports Spiegel. 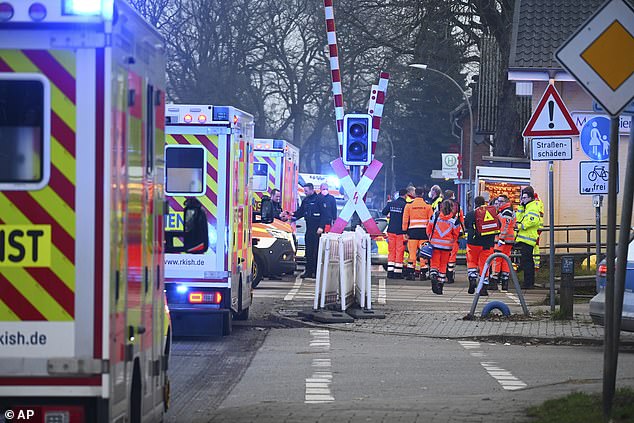