The Environment Agency (EA) has issued 23 flood warnings across southern England such as Devon, Dorset, Somerset and Wiltshire with flooding ‘expected’ in these areas.

Forecasters have also urged people to take care as they travel today amid predictions of freezing fog that could make conditions on the roads perilous.

The Met Office has issued a fog warning for southern counties and has warned that it could cause further flight cancellations from some airports. 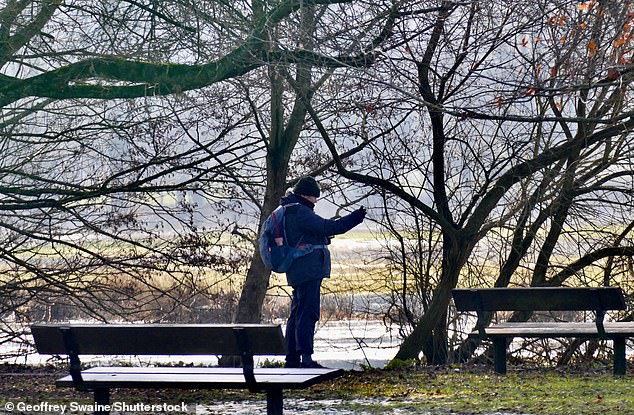 A walker stops to take photos of a flooded meadow in Salisbury, Wiltshire, on Tuesday 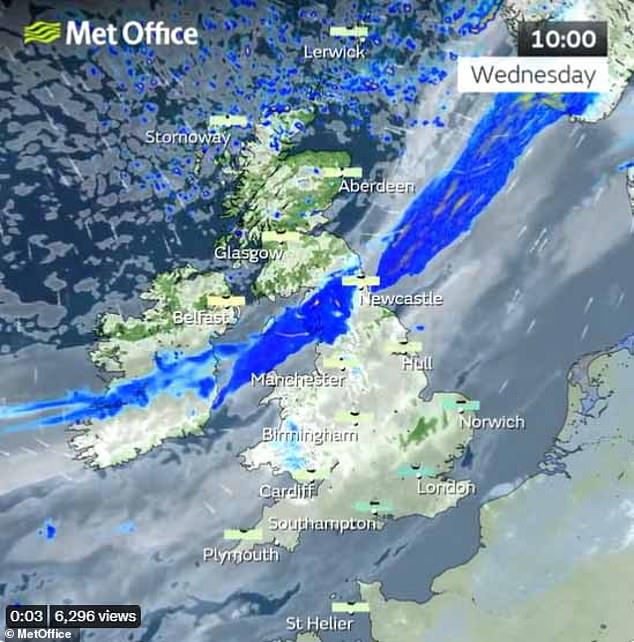 The EA has issued flood warnings across the Wiltshire Downs, as well as in waterways near Salisbury in the county, Dorchester in Dorset and Taunton in Devon, meaning flooding is expected…