The Bills’ new $1.4bn stadium is ‘almost in the end zone’ after the framework is unanimously approved with the deal set to keep the team in Buffalo for another 30 years

By Isabel Baldwin For Dailymail.Com

A stadium deal, which will keep the Bills in Buffalo for another 30 years, is almost complete.

The Bills took one step closer to their new home, which will be built across the road from their current Highmark Stadium, this week.

A deal for the Bills’ new stadium cleared one of the final administrative hurdles Monday after it was unanimously approved by the Erie Count Stadium Corp. 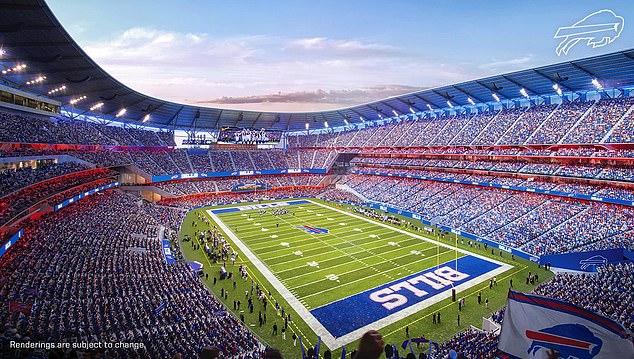