Her first claim to fame was appearing on children’s TV as the owner of 1970s favourite Bagpuss.

Now Emily Firmin has a new role – protesting against a plan to build 1,300 homes on farmland.

Ms Firmin, 57, says the proposals for the outskirts of Whitstable, Kent, will endanger wildlife, adding: ‘The bird life in particular is amazing.’

The 195-acre Brooklands Farm site has been earmarked for housing by Canterbury City Council. It says no final decision has been taken and no plans submitted. But Ms Firmin, who lives in Whitstable, said: ‘There are so many brownfield sites available for developing. We cannot keep building on good farmland.’ 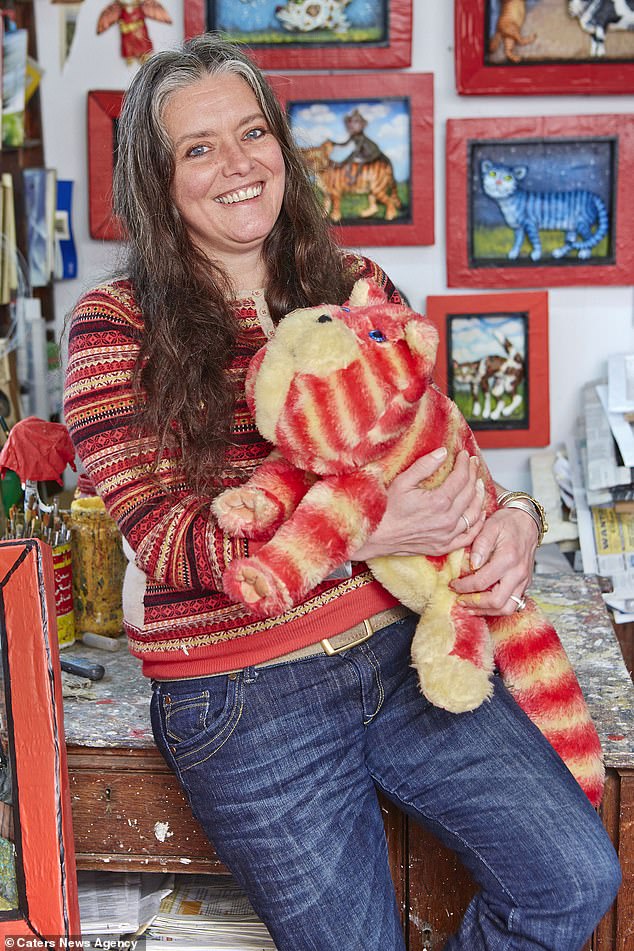 Bagpuss, which was about an animated pink and white cloth cat, was created by her father Peter Firmin, who died in 2018 aged 89

Ms Firmin, then eight, appeared in sepia photographs at the start of each episode of Bagpuss.

The show, about an animated pink and white cloth cat, was created by her father Peter Firmin, who died in 2018…