An Afghan asylum seeker who stabbed to death an aspiring Royal Marine has been jailed for life with a minimum term of 29 years.

Thomas Roberts, 21, was stabbed to death by Lawangeen Abdulrahimzai, also 21 – who duped Border Force by posing as a 14-year-old boy – during an argument over an e-scooter last year in Bournemouth.

Abdulrahimzai had posed as a young Afghan orphan in order to gain entry into the UK in 2019, but in reality he was a 19-year-old man who was wanted by police in Serbia for shooting two people dead in an apparent argument over people smuggling. 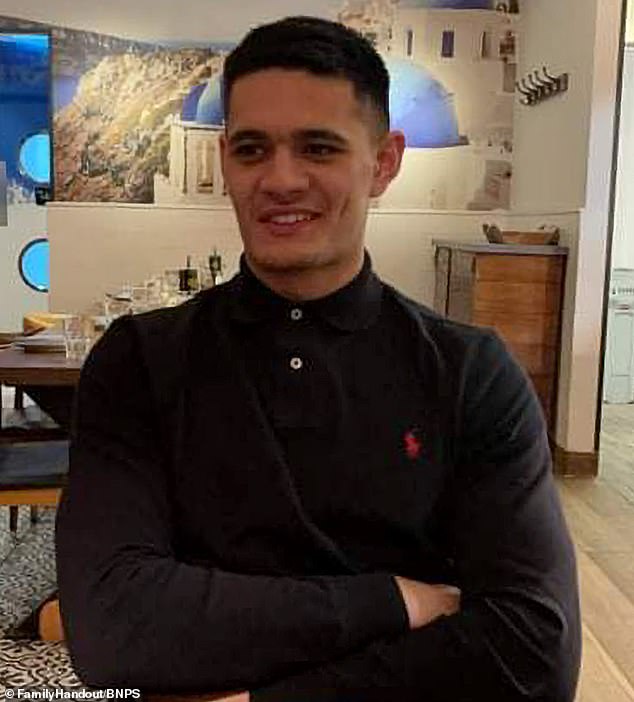 He murdered Thomas Roberts, 21, during an argument over an e-scooter in Bournemouth town centre

He told Salisbury Crown Court: ‘On March 12, 2022, you murdered Thomas Roberts, a man you had never met…