Three people have died in a disastrous multi-vehicle collision between two trucks and a car.

The crash occurred on the Warrego Highway near the rural town of Oakey in Toowoomba, Queensland around 11.20am on Tuesday.

Queensland police, paramedics and at least four fire and emergency service crews are at the crash site. 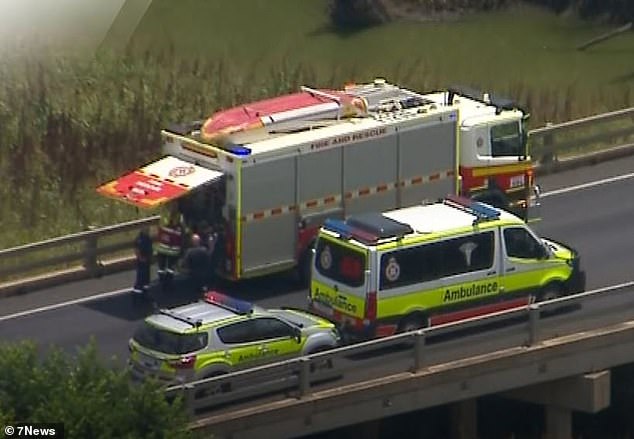