Nick Kyrgios was pictured wearing a knee brace after undergoing surgery to address the injury that ruled him out of the Australian Open.

The 27-year-old went under the knife on Monday in Canberra and revealed on social media the procedure had been a success.

‘Surgery complete. I’ll be doing everything I can do get back to my best,’ he wrote on Instagram. 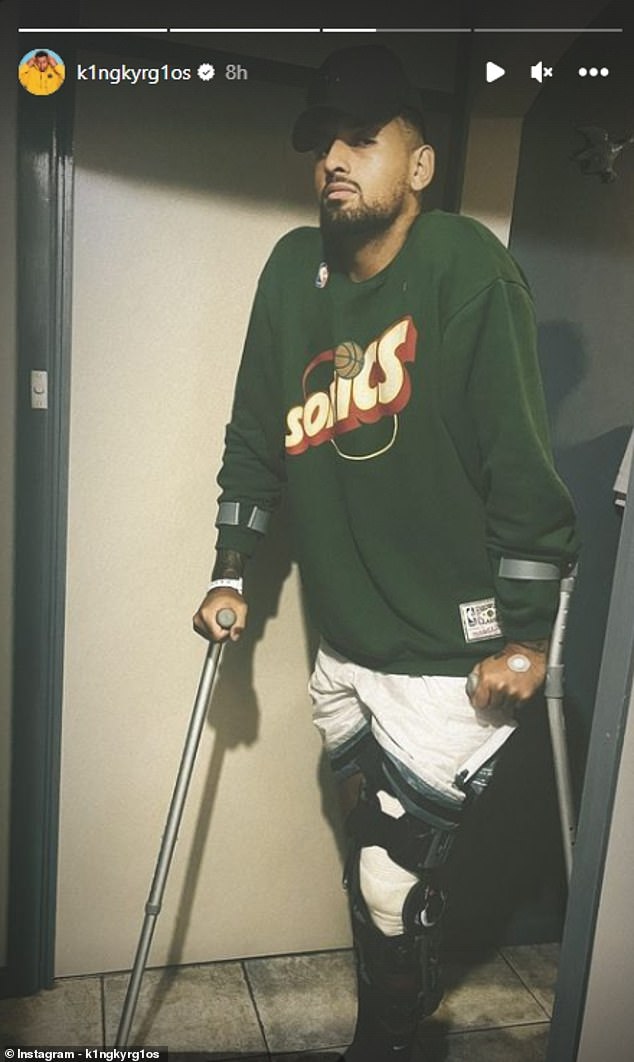 Nick Kyrgios posted a picture of himself wearing a knee brace…