Lidia Thorpe appears to have used a racist slur to hit back at an Aboriginal leader as the war of words over the Indigenous Voice escalates.

The polarising Greens senator took exception to Noel Pearson accusing her of being on a ‘fringe unity ticket’ with Jacinta Price in opposing the Voice.

Senator Thorpe fired out a tweet on Monday afternoon calling Mr Pearson ‘Uncle’ alongside a picture of him with media baron Rupert Murdoch and former Liberal PM Tony Abbott.

The reference appears to be a deliberate allusion to ‘Uncle Tom’, a racist slur used against black people.

The insult accuses a black person of being humiliatingly subservient to white people, and frequently of betraying their race as a result. 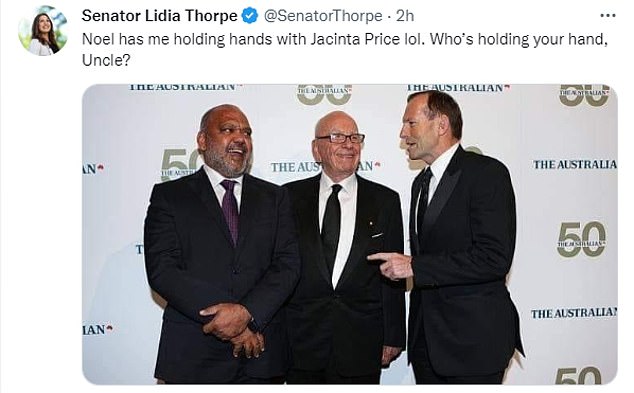 Lidia Thorpe has used a racist slur to hit back at Aboriginal leader Noel Pearson, calling him ‘Uncle’ in an apparent allusion to ‘Uncle Tom’. She wrote the insult along with a photo of him laughing with Rupert Murdoch and Tony Abbott in 2014 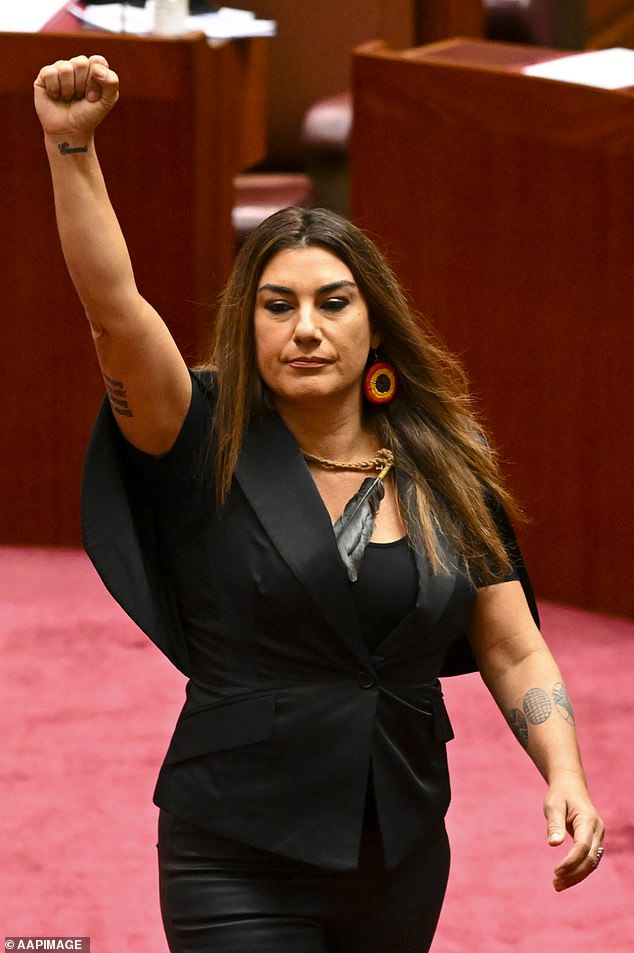