The first victim of the mass-shooting massacre has been identified as the owner of the ballroom studio – who heroically ran towards the gunman.

Ming Wei Ma is one of ten people who were killed in the horrific massacre at the Star Dance Studio in Monterey Park, California, on Saturday night.

Friends of the dance enthusiast have revealed that he was the first one to rush towards the gunman, Huu Can Tran, when he opened fire.

Dozens of people had packed into the studio on Saturday night to celebrate Chinese Lunar New Year.

Police say they have not yet defined a motive for the deadly shooting, but sources say Tran could have been hunting for his wife. 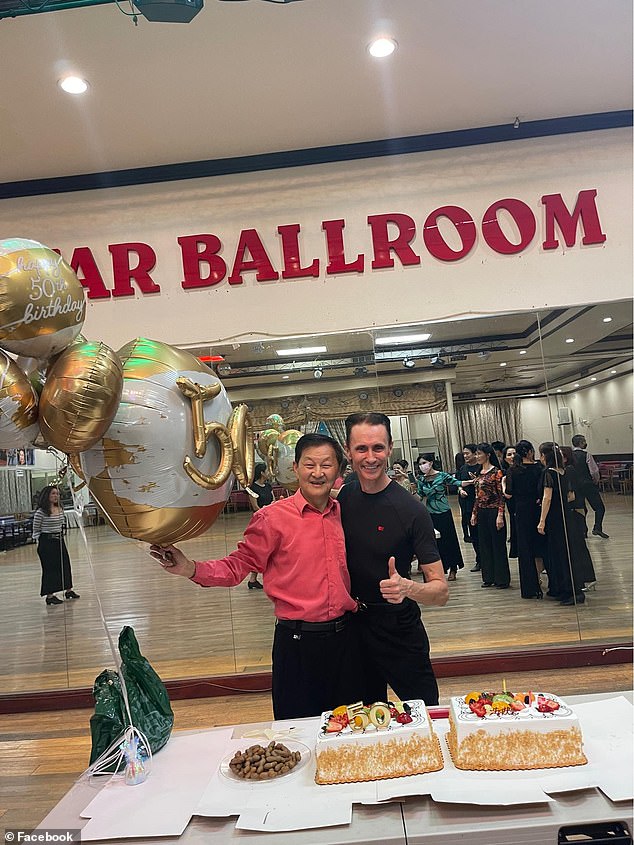 Friends of dance enthusiast Ming Wei Ma, left, have revealed that he was the first one to rush towards the gunman, Huu Can Tran, when he opened fire

Ma’s friends, Eric Chen, told CBS: ‘According to the chat, he was the first to rush the shooter. He was just caring, and other first, people first kind of person.

‘It is heartbreaking and…