By Jake Fenner For Dailymail.Com

The tense affair between Brentford and Leeds United led to a moment of tension between Tyler Adams and Mathias Jensen.

Video shows the American midfielder shoving the Dane in a moment of anger which led to both teams coming together.

As the scuffle died down, referee Peter Bankes brought the two together – where they smiled and appeared to calm down. 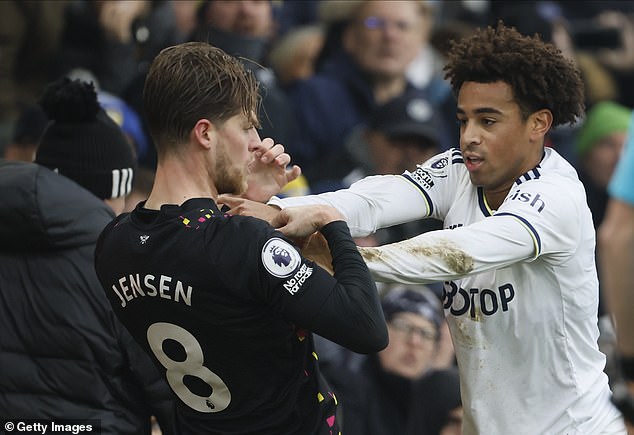