The memorial for Lynette ‘Diamond’ Hardaway, half of the pro-Trump vlogging duo ‘Diamond and Silk,’ took a dark turn on Saturday as her sister, Rochelle ‘Silk’ Richardson, detailed the late 51-year-old’s final moments and alluded to a nefarious poisoning plot she claims caused her death.

The right-wing tribute to Diamond took a turn however as prominent anti-vaxxer and Diamond’s sister Silk took the stage – questioning whether Americans are being poisoned spurring Republican Rep. Marjorie Taylor Greene to demand an investigation into the COVID vaccine.

Trump followed the radical speech, throwing his support behind Silk, whom he admitted he had ‘just learned about’ despite meeting her on several occasions with her sister Diamond. 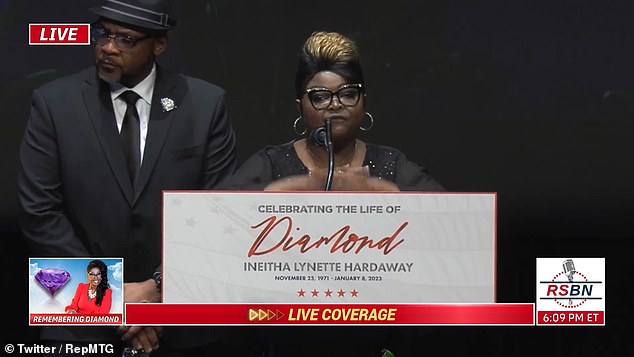