As New Zealand prime minister Jacinda Adern hands over the reins of power to new Labour leader Chris Hipkins an old photo shows the historical bond between the pair runs very deep and halfway across the globe.

A photo has emerged of a youthful Ms Adern and Mr Hipkins beaming at the camera in London’s Hyde Park 16 years ago.

Greg O’Beirne, who is Professor of Audiology at New Zealand’s University of Canterbury, dug up the old shot and posted it on Twitter a day before Mr Hipkins took over as leader of the ruling Labour party from Ms Ardern. 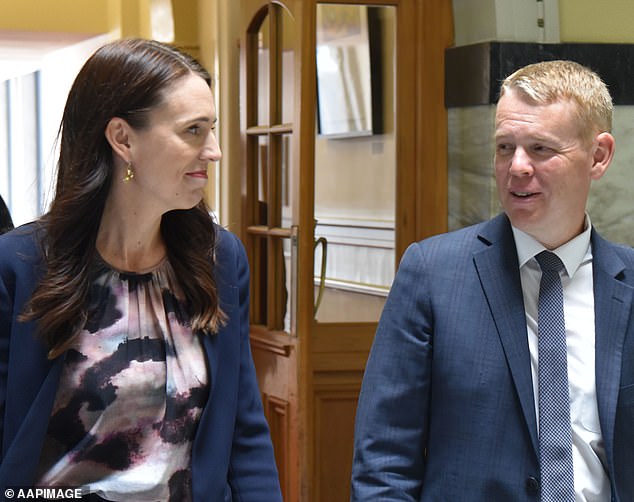 He also informed Twitter user the original caption read: ‘Former Wellingtonians Jacinda and Chris – the NZ Memorial ceremony seemed to have left them in…