These are the men who dedicate their lives to the esteemed world of sumo wrestling.

On the road to glory, they eat, sleep and breathe the sport, living out their days in traditional Japanese stables where they undergo rigorous physical, spiritual and mental training.

Photographer David Sharabani was granted rare access to the wrestlers in the Kokugikan Stadium and their living quarters, and has captured the essence of day-to-day life in a series of fascinating pictures which form part of a new book, Sumo.

As Sharabani chronicles the life of the sumo wrestlers, it is evident how dedicated they are to the path they have chosen.

He says: ‘Rikishi are not just wrestlers, they are the antiquated, traditional Japanese gentlemen.’ 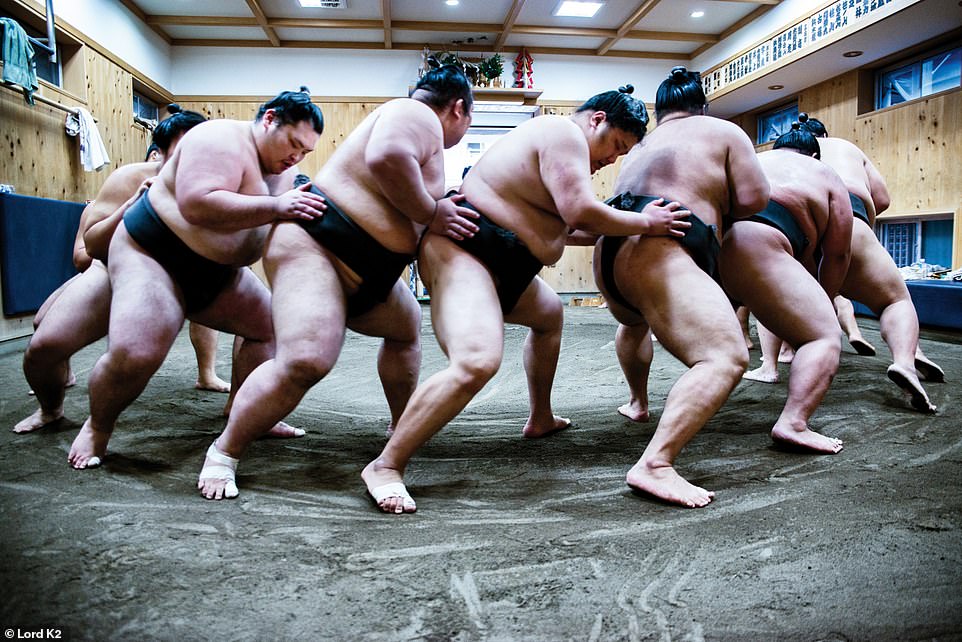 In this picture, a line of sumo wrestlers train together, holding onto each other’s hips as they march in the dirt pit. On average, the wrestlers will be awake from 6am for fasted training (earlier for lower ranks), and the session will last until about…