Police are hunting those responsible for a disturbing act of animal cruelty after a dog in a kennel was thrown off a cliff and left to die.

The Australian Bulldog was heard yelping on Sunday morning about 8.30am by a Wollongong bushwalker at the bottom of a cliff face near Clive Bisell Drive at Mount Ousley.

The animal was badly injured and appeared to be ’emaciated and in very poor health’. 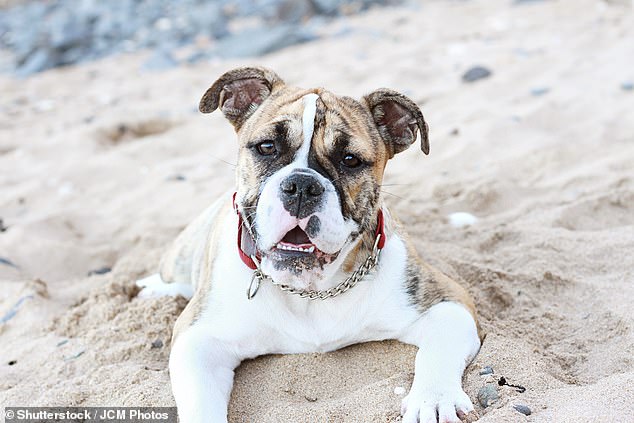 The Australian Bulldog was heard yelping…