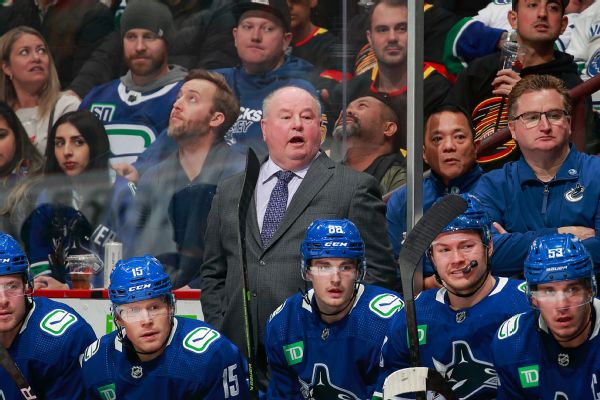 Bruce Boudreau has been fired as coach of the Vancouver Canucks, who are again on track to miss the playoffs with another underachieving season.

The team announced the change Sunday, less than a week after president of hockey operations Jim Rutherford said “major surgery” was needed to fix the Canucks, who have only made the playoffs once in the past eight years. Rick Tocchet was hired as Boudreau’s replacement for a Vancouver team that has lost 28 of 46 games this season.