A British beauty therapist who was left paralysed after falling 60ft from a balcony while on holiday in Thailand has returned home.

Maddi Neale-Shankster is back at her family’s home in Coventry weeks after the incident in Ko Pha-Ngan island on New Year’s Eve.

The 21-year-old was left paralysed after breaking her back, suffering two collapsed lungs and having ribs pierce her liver in the fall.

She faced being left stuck in Thailand after her travel insurance refused to pay the full bill, but has now come back after family raised £75,000 to cover the costs. 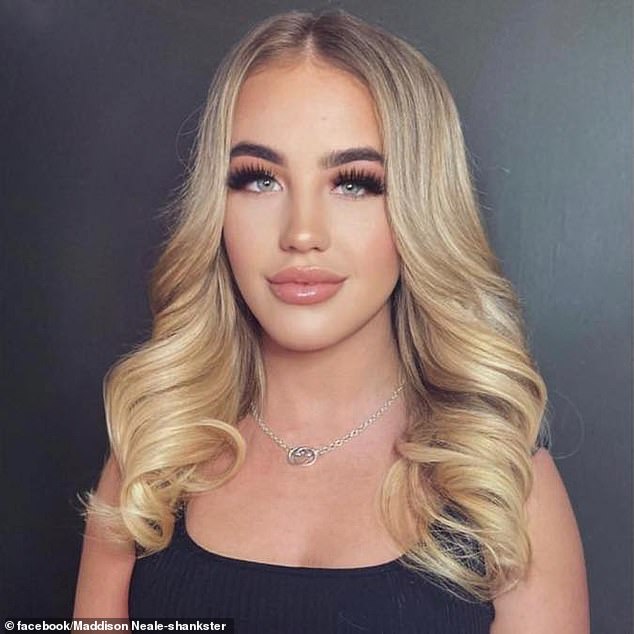 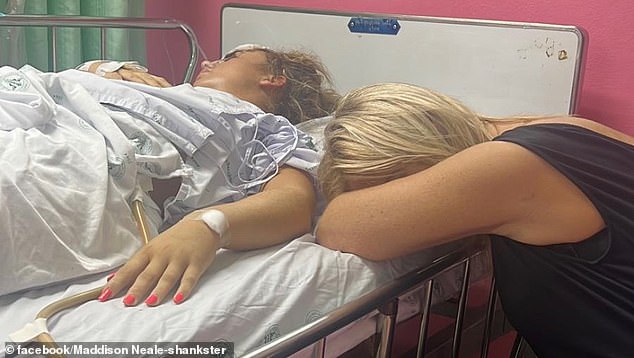 The 21-year-old was left in hospital (pictured) after suffering a broken back, two collapsed lungs and damage to her liver

The beauty therapist, who is from Coventry, landed back in the UK on Monday, January 16, after spending more than two weeks in hospital, BBC reports.

She was accompanied by her parents Karen…