The trans woman accused of ‘terrifying’ a 17-year-old girl in the women’s locker room of a California YMCA has hit back at the claims, insisting she did not parade around naked as was suggested, and labeling her critics ‘Neanderthals’.

Christynne Wood, 66, started transitioning in 2016 around the same time as she sued her old gym for not allowing her to use the women’s locker rooms.

As of December 2021, had not undergone bottom surgery.

Earlier this month, she was accused of ‘terrifying’ 17-year-old Rebecca Phillips in the women’s locker room of the Santeee YMCA.

Rebecca appeared before the City Council to ask for a rule change, saying she’d seen ‘a naked male in the women’s locker room’. She did not name Wood, nor did she say she’d seen a penis, and she has since clarified that she only saw her ‘backside’. 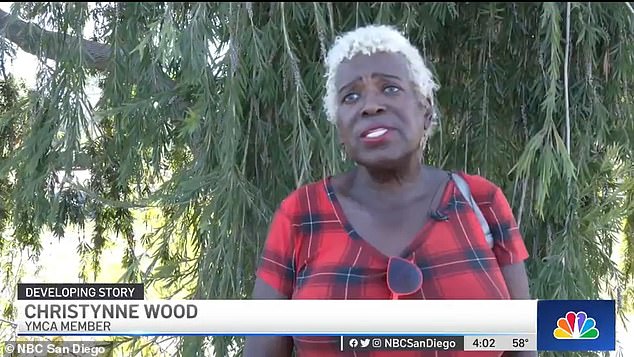 Christynne Wood, 66, says she was not ‘naked’ and used a private stall to shower. She has accused the girl of lying and says she’s entitled to use the women’s…