A Sydney mum was moments away from transferring $5000 to a scammer posing as her son before she was saved by a moment of quick thinking.

The fraudster asked Lisa, 64, (not her real name) via text messages recently for a whopping $8,900 at first but the mum believing it was her son Tim said she could only pay $5,000.

But it was all part of an elaborate ‘hi mum’ scam which tricked thousands of Australians out of $7.2million last year alone.

After a barrage of texts from her supposed son, Lisa was set to press send on the $5,000 transfer but decided at the last minute to ask a personal question to identify him. 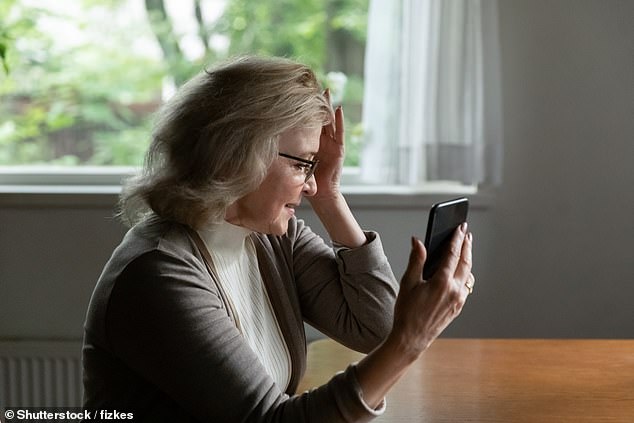 The fraudster asked Lisa*, 64, via text messages for a whopping $8,900 at first but the mum believing it was her son Tim said she could only manage $5,000

She later admitted she listened to a ‘little voice in her head’ that asked, ‘is that really him?’