Alternative religions including Satanism, Paganism and Shamanism have seen an explosion in the number of followers in the decade between the 2011 and 2021 censuses.

The highest number of Satanists are in the South East, rising by 165% to 795 in the region in 2021, according to the latest census.

Head of the UK chapter of The Global Order of Satan Andy Diabolus said ‘proud’ of the rise in followers marked on the census after efforts to encourage Satanists. 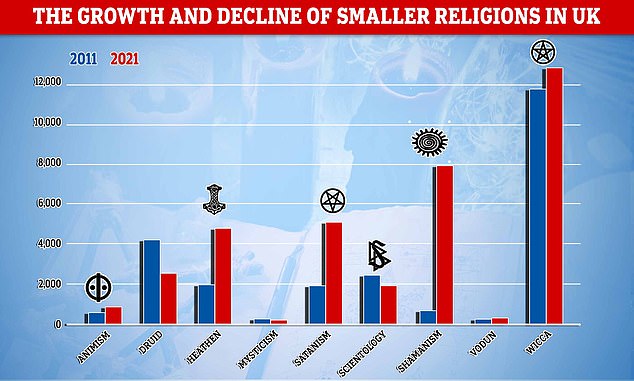 Graph showing the growth and decline of smaller religions in England and Wales between 2011 and 2021, including Satanism, Shamanism and Wicca 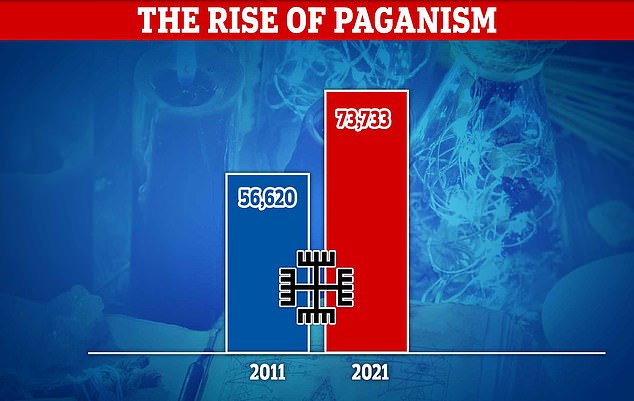 Followers say the religion is ‘built on…