Hampstead Heath in North London is generally a civilised, languid place: an 800-acre stretch of heathland, ponds, meadows and woods.

It is a beautiful spot, much loved by local celebrities — among them Helena Bonham Carter, Kate Moss and Harry Styles — as well as by their pampered pooches.

Not last week though.

On Thursday morning the Mail came across two dog walkers there, a young woman and an elderly man, emerging from a large van in one of the car parks.

Pulling six dogs behind her of mixed breeds, the woman was clearly in charge, though she might have been advised to keep a better eye on them. Suddenly, a playful Labradoodle jumped on a husky only to be greeted with a horrible snarl. 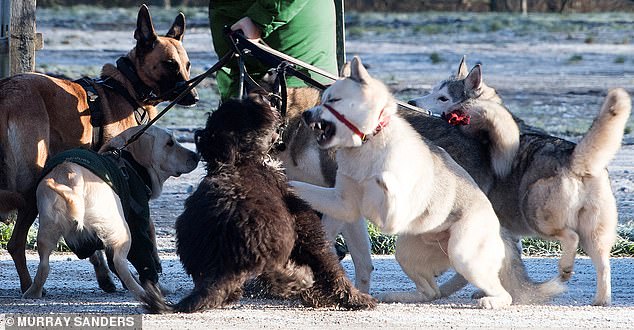 Under strain: A dog walker, with multiple animals, on Hampstead Heath, North London 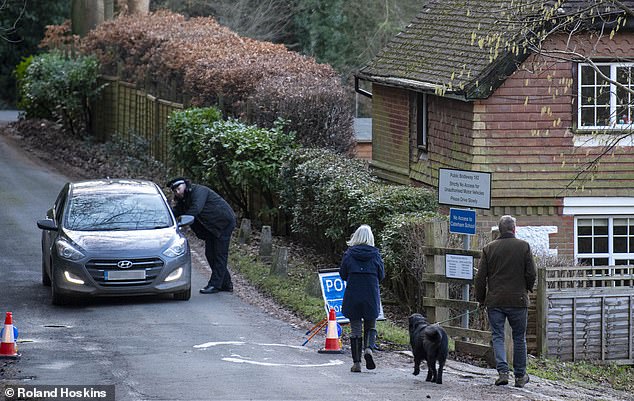 Tragic: Police patrol the area where a woman suffered a fatal dog attack in Caterham, Surrey

The young woman, with an equally unpleasant snarl, yelled at the husky and pulled its lead, staring the dog…