The message was written just outside of a gazebo in a Brisbane park, attempting to reserve it from 5pm to 9pm on January 17.

It is unsure if those behind the message had reserved the space with Brisbane City Council. 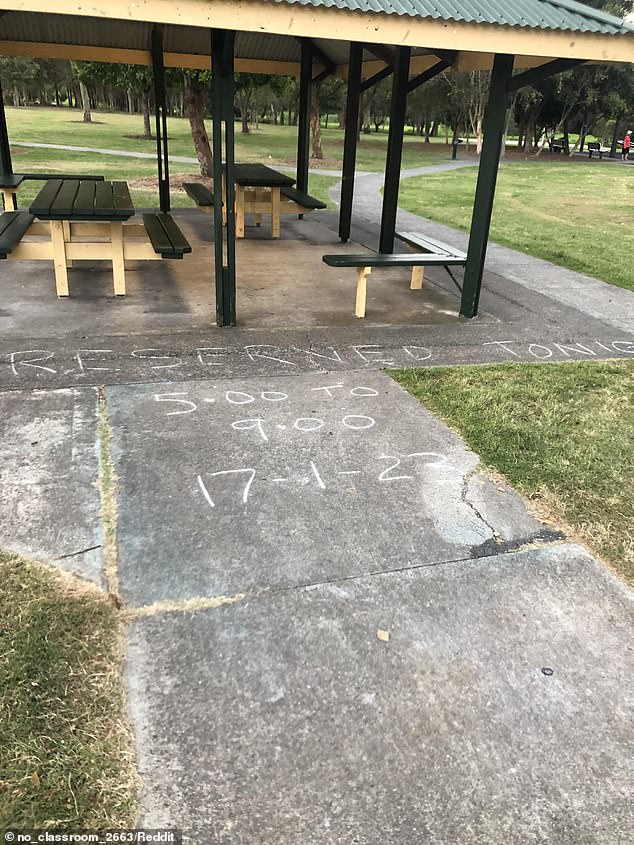