By Danya Bazaraa For Mailonline

This is the terrifying moment a 30-seater school bus with children inside burst into flames in London.

Firefighters rushed to the scene in Hackney this morning, where six other vehicles were also damaged.

Shocking footage shows the bus engulfed in bright orange flames with thick plumes of grey smoke filling the air around it.

All the children were led to safety and there have been no reports of injuries. 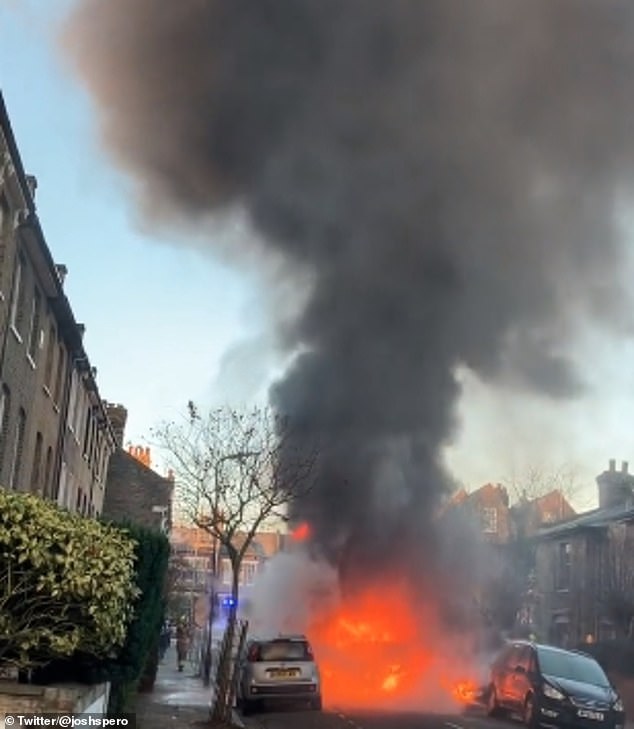