Fugitive mafia mobster Matteo Messina Denaro had a poster of the classic movie The Godfather on the wall of his secret bunker.

Denaro, 60, who was arrested earlier this week after more than 30 years evading police is said to idolise the Oscar winning blockbuster that starred Marlon Brando as the boss of an Italo-American crime family, based on Denaro’s Cosa Nostra mafia.

The 1972 cinema hit described how a Sicilian migrant, played by Brando, went to New York in the early 20th Century and went on to become one of the biggest Mafia bosses – just like Denaro did by rising to the top of the Sicilian mafia.

Officials found the poster in the first of three bunkers Denaro used as his hideaways in the village of Campobello di Mazara, 70 miles from the city of Palermo, where he was arrested as he attended a chemotherapy clinic. 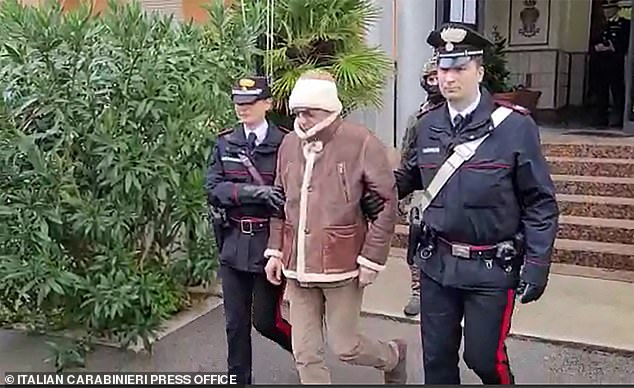