Colorado authorities have confirmed that Derek Wolfe followed all the required protocols before killing a mountain lion, despite the Super Bowl champion drawing criticism online.

Wolfe revealed how he hunted and killed the lion using a bow and arrow – before falling ten feet off a rockface with the 195lb carcass.

The former Denver Broncos defensive end said he had been asked to hunt the animal after it ‘wreaked havoc’ in a Colorado neighborhood, killing two dogs and a mule deer.

Sharing an Instagram photo of him holding the carcass of the enormous big cat, the 32-year-old said he had killed the beast using a bow and arrow.

But social media users were unimpressed by the hunt and called Wolfe out for the macabre image. 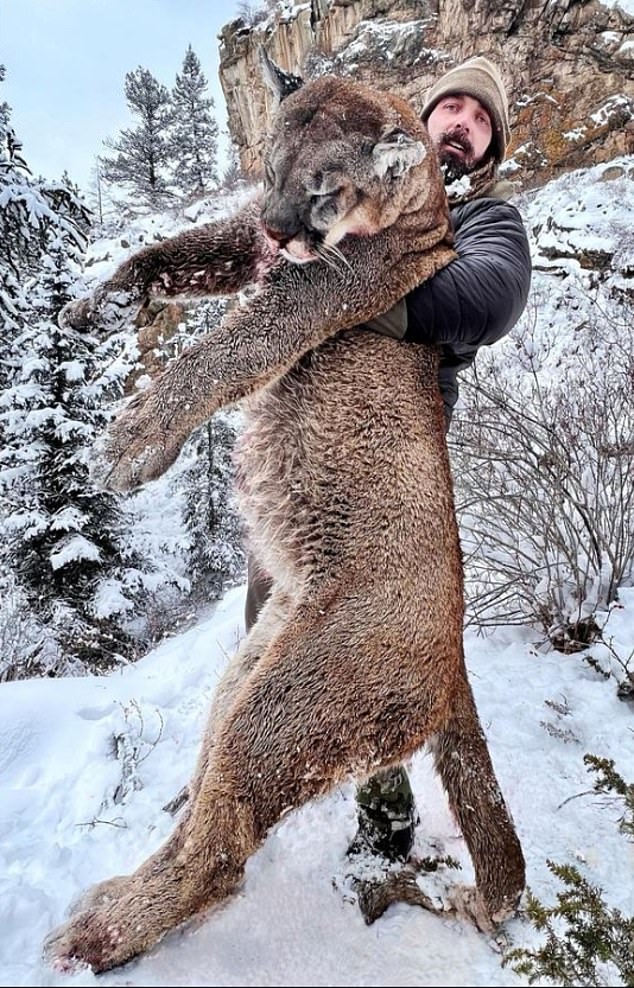 Derek Wolfe followed all protocols before killing a…