Video footage of Carole Baskin, who starred in the Netflix documentary Tiger King, claiming that her missing – and allegedly dead – husband had been found alive in Costa Rica is going viral.

Baskin, 61, was famously accused by Tiger King, Joe Exotic, of murdering her ex-husband Jack ‘Don’ Lewis, who mysteriously disappeared in 1997. Since then, she has protested her innocence.

It has now emerged that in an interview on UK television in 2021, Baskin referred to a Department of Homeland Security document which supposedly proved her innocence.

In the undated and unverified Homeland Security letter, which briefly appeared in an episode of the second season of Tiger King, an FBI agent allegedly wrote: ‘Don Lewis is currently alive and well in Costa Rica.’

Lewis, was 59-years-old when he was last seen and would be 81 if still alive today. 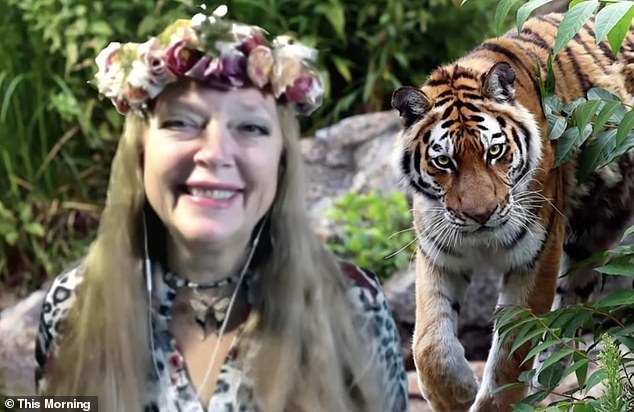