A 16-year-old was arrested on camera after shooting a New York police officer in the Bronx – as the officer left hospital hours later to a round of applause from his colleagues.

Two teenagers, who haven’t been identified, were approached by two officers in an unmarked car on Prospect Avenue and East 183rd Street at around 3am on Tuesday.

The boys instantly ran away from the officers until one of the teenagers turned back and fired six shots – striking officer Paul Lee in the arm, who was sitting in the passenger seat.

Despite being shot, Lee and the other officer, who wasn’t injured, ran to chase down the teenagers. He was eventually caught by other officers in the area. The second suspect remains on the loose.

‘Let me be clear, we will stop at nothing to ensure that these subjects involved in this shooting and the people who drive violence in this city will be brought to justice,’ Commissioner Keechant Sewell said at a press conference. 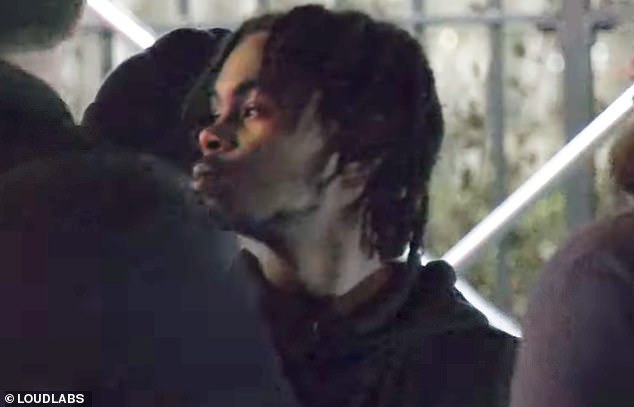