A driver got the fright of his life after a massive spider ran across the windshield of his moving car.

Queensland driver Nathan was travelling along a highway when the huge spider, believed to be a huntsman, appeared on his windshield.

In a video shared on TikTok on Tuesday, Nathan is heard screaming while he desperately tries to rid his car of the spider. 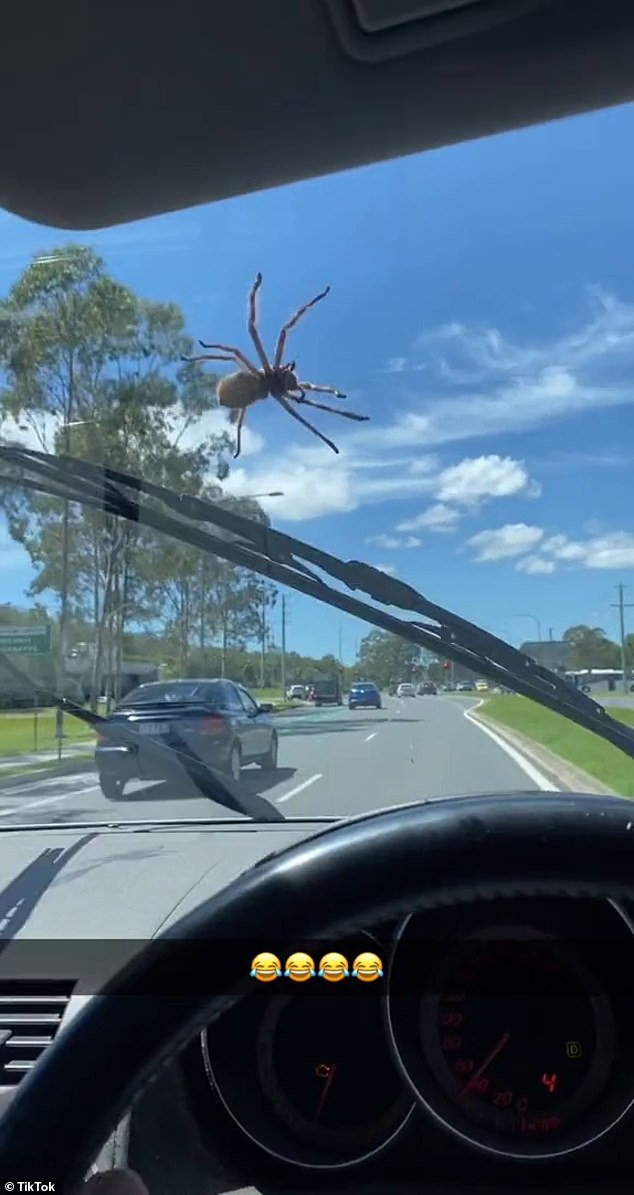