A father who died last week as storms overtook Georgia used his final moments to FaceTime his four-year-old daughter, photos and accounts from his family show.

Lineman Jesse Maxwell was one of the three to die Friday after tornadoes and storms tore through the northern central parts of the state, spurring a state of emergency.

The 32-year-old powerline worker had been tasked with removing fallen trees to restore power to folks in his native Jasper County, and died when a falling tree limb struck him in the back of the head, cops said.

Deployed to the storm-ravaged community, set 60 miles from Atlanta, Maxwell is now being mourned by his loved ones – his wife, 11-year-old son, and three daughters, who have been left ‘devastated’ by the loss.

Posts from Maxwell’s widow, Hope, show how her husband’s last minutes were spent talking to his youngest daughter before bedtime – something the youngster looked forward to during her father’s long shifts, the mom said. 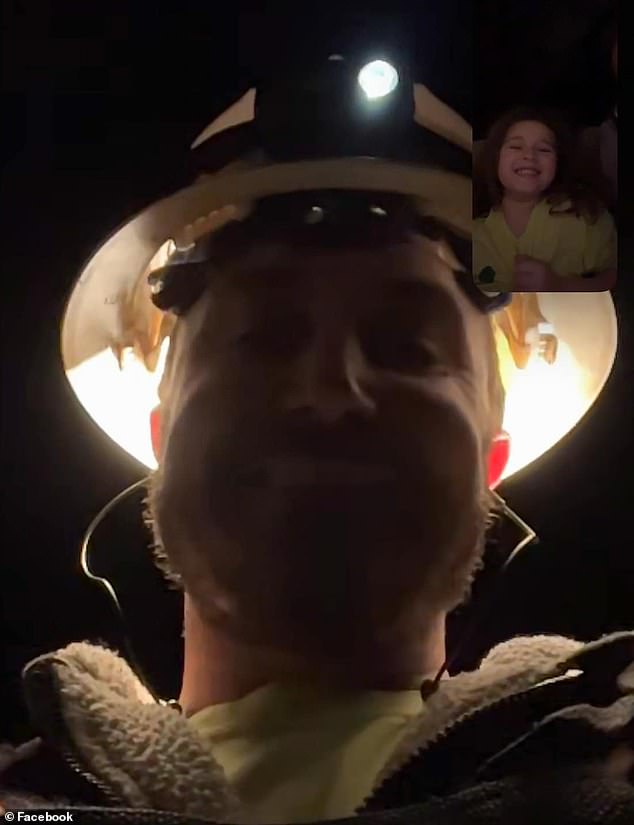