A bronze sculpture honoring Martin Luther King Jr. and his wife Coretta Scott King was unveiled in Boston on Friday to mixed reviews.

The 20-foot-high piece ‘The Embrace’ depicts the famous hug between the two civil rights leaders after MLK Jr. learned he had won the Nobel Peace Prize in 1964.

But the $10 million artwork shows two disembodied sets of arms, with no heads, sparking confusion among many art fans, and followers of the civil rights icon.

Some King family members were among the large crowd that turned out for a ceremony at the Freedom Plaza of the Boston Common where the piece was shown off for the first time – featuring only the couple’s interlocking arms.

Several people online questioned the artist’s decision not to include the couple’s heads.

But others were moved by the piece, which pays tribute to the iconic couple who fell in love in Boston, and then went on to make a difference in the world. 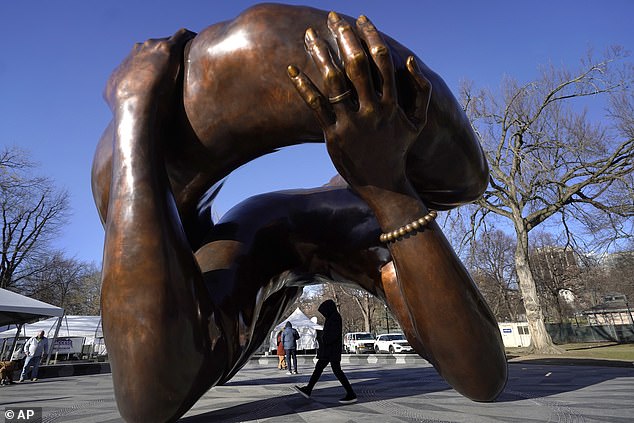