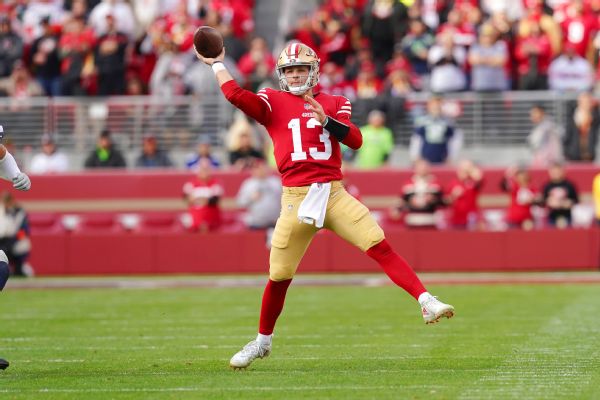 SANTA CLARA, Calif. — Brock Purdy threw three touchdown passes and ran for a fourth score in his playoff debut, leading the San Francisco 49ers to a 41-23 victory over the Seattle Seahawks in a wild-card game on Saturday.

Purdy picked up where he left off in the regular season for the 49ers (14-4) and showed few signs of playoff jitters by winning his sixth straight start since replacing an injured Jimmy Garoppolo early in a Week 13 win over Miami.

The Niners advanced to the divisional round…