The Los Angeles Police Department (LAPD) has banned the Thin Blue Line flag from public areas within police departments this week over a complaint that the flag represents ‘violent, extremist views.’

The ‘thin blue line’ typically refers to the concept of the police as the line which keeps society from descending into violent chaos and has been used by the ‘Blue Lives Matter’ movement which began in December 2014 after the homicide of two New York Police Department (NYPD) officers.

LAPD Chief Michel Moore defended the move to ban the flag to Fox News and said that the flag had been adopted by extremist groups who he said are ‘undemocratic, racist and [have] bigoted views.’

While the flag is banned from public display Moore said that officers can still display it at their workspace, locker door or personal vehicle. 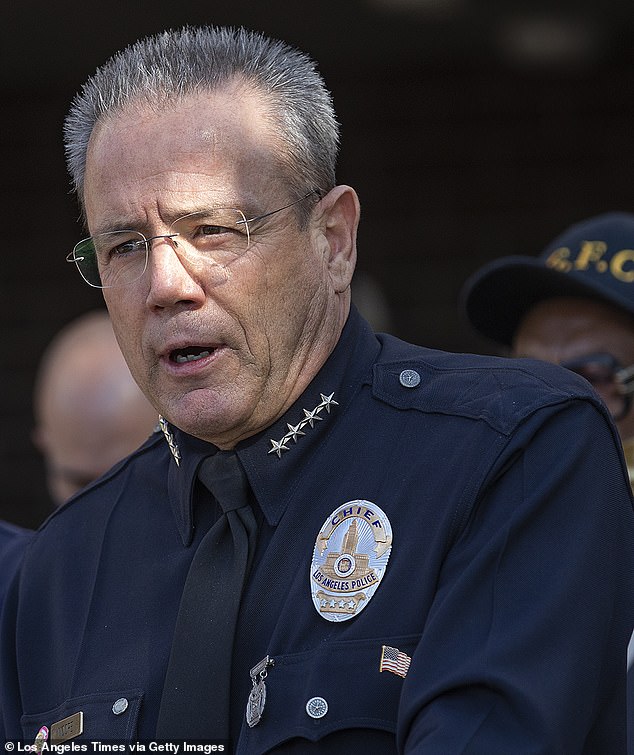