SEN Radio boss Craig Hutchison has issued a grovelling apology on behalf of AFL legends Garry Lyon and Tim Watson after the high-profile duo were called out for giving their ‘stamp of approval’ to an anti-Semitic rant surrounding rising star Harry Sheezel.

On December 2, a North Melbourne fan who identified himself as ‘John from Epping’ called the pair’s radio show and hit Sheezel with a disgraceful anti-Semitic slur.

The forward, 18, has Jewish heritage – and ‘John’ questioned on the airwaves whether he was worth snaring from the AFL Draft.

‘We got this Jewish player (in the draft),’ John said.

‘You know, the Jewish, they are loaded with money, so maybe, we don’t need to go to Tasmania anymore, because probably if we needed some money his parents might pay for it.’ 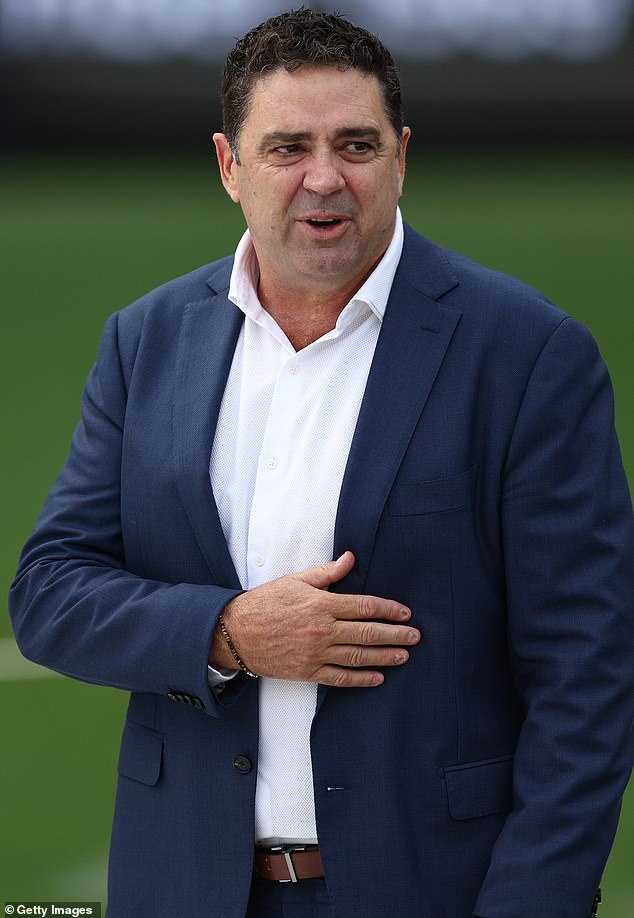