A police officer caught high-fiving a white nationalist who was protesting a drag queen storytime event for children in Ohio has been forced to explain his actions to the mother of a gay child.

Columbus Police Sergeant Steven Dyer, who was at the protest as part of the force’s ‘Dialogue Team’, was asked on camera what he was doing greeting one of more than 50 armed members of the far-right group Proud Boys and Patriot Front, in such a friendly and welcoming manner.

‘With fascists?’ the incredulous mother questions.

‘I am not supporting their cause, I am not here hanging out with them. I am here to support their right to protest,’ Dyer replies before attempting to explain his actions further. 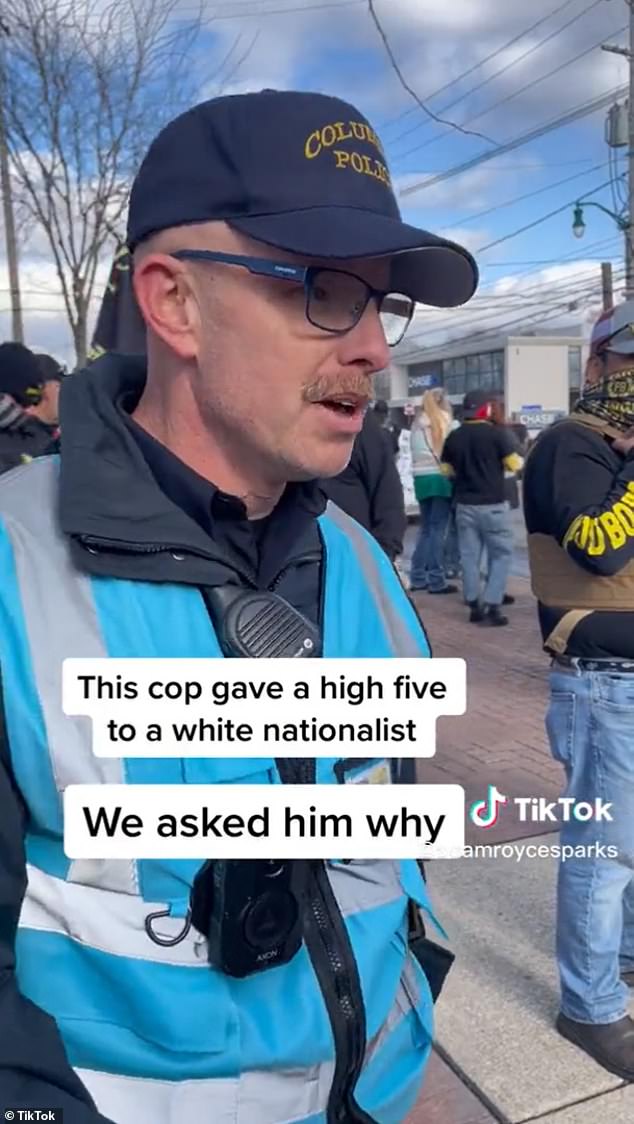 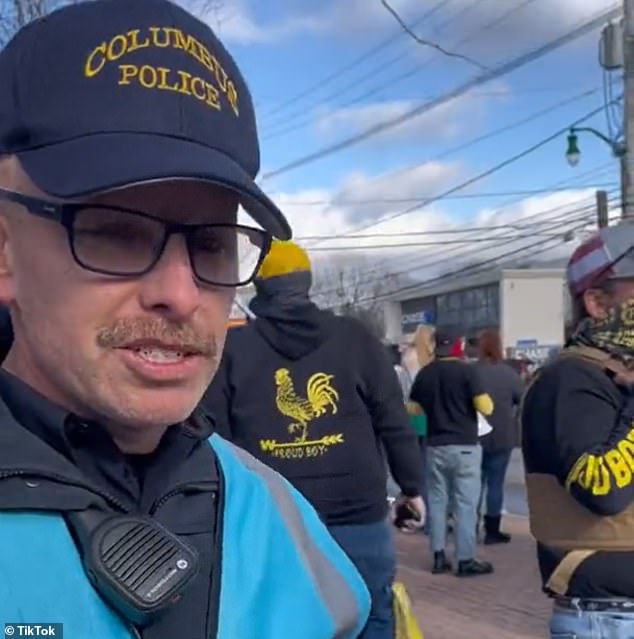