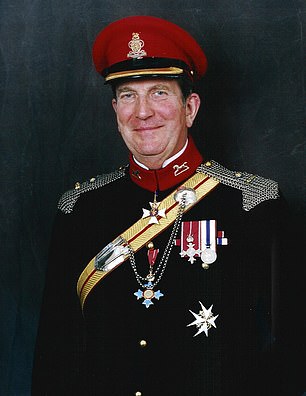 Parker had a hand in more than 300 national, international and royal pageants and displays, including the Queen’s Silver and Golden Jubilee celebrations.

Prior to that Parker served in The Queen’s Own Hussars from 1961 to 1971, rising to the rank of Major.

To the intense regret of family and friends, the supreme showman died this week, at the age of 81. He is survived by his wife, Emma, and a stepson, Oliver.

While his exuberant life has now reached its final curtain, he bequeathed a treasury of indelible memories on the public – most famously his cheeky encounters with Her Majesty over their decades-long friendship.

He previously discussed her charming reactions to when pompous displays did not go entirely to plan.