EXCLUSIVE: From a magazine covergirl and the honour of being named Mrs Australia… to a date with a magistrate: Top model is accused of breaking into neighbour’s home and stealing computer cables 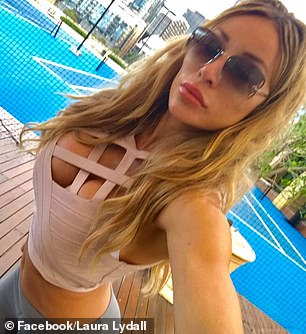 Laura Lydall, 36, was charged after she allegedly broke into her neighbours’ units