England fans are waking up with sore heads today after celebrating their thumping 3-0 victory against Wales at the World Cup 2022 in Qatar last night.

Commuters reported trains being noticeably empty on Wednesday morning after Gareth Southgate’s men advanced to the knockout stages, which will see them first clash with Senegal on Sunday.

Fan zones across the country are quickly selling out of tickets for the highly-anticipated match, which will kick-off at 7pm.

It comes after pubs across the country roared last night when the Three Lions finally broke the deadlock of the first half with a stunning freekick goal from Marcus Rashford. 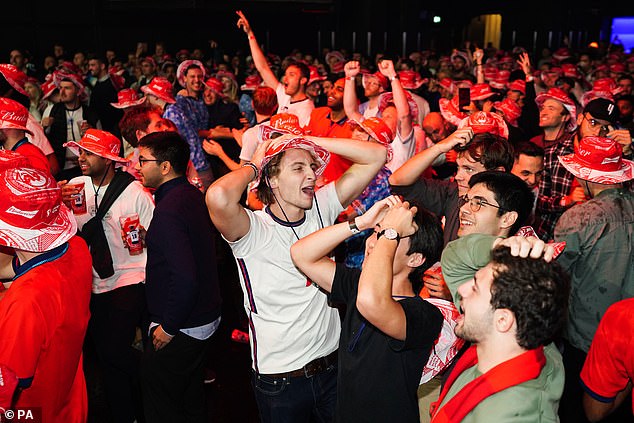 England fans react at the Budweiser Fan Festival London at Outernet, during a screening of the FIFA World Cup Group B match 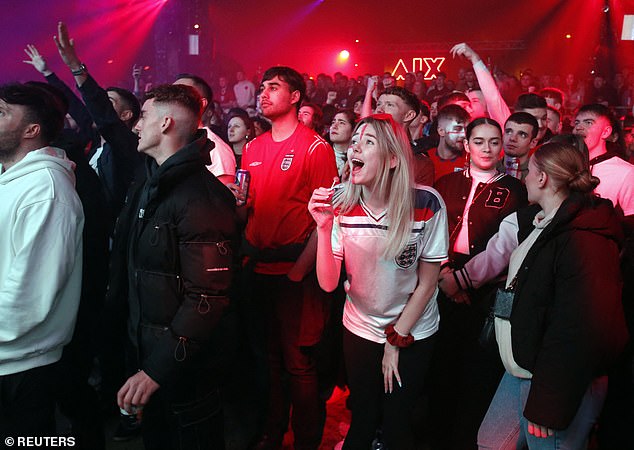 Then barely moment later they were celebrating again as Phil Foden made it two. Rashford added a third over ten minutes…