Anthony Albanese has defended his minister who Jacinta Price blasted for flying on a private jet to remote Aboriginal communities while ‘dripping with Gucci’.

During scathing criticism of the Indigenous Voice to Parliament on Monday, Senator Price singled out Indigenous Australians Minister Linda Burney.

‘She might be able to take a private jet out into a remote community, dripping with Gucci, and tell people in the dirt what’s good for them – but they are in the dark, and they have been in the dark,’ she said.

The prime minister backed Ms Burney up during Labor’s weekly Tuesday party room meeting after several MPs spoke in solidarity with her.

‘When people go that personal, it shows they do not have an argument of substance,’ he told the room.

One MP called Senator Price’s remarks a ‘repulsive and absurd attack’ and asked the meeting to show her support.

Ms Burney’s office said the minister did not own any Gucci products. 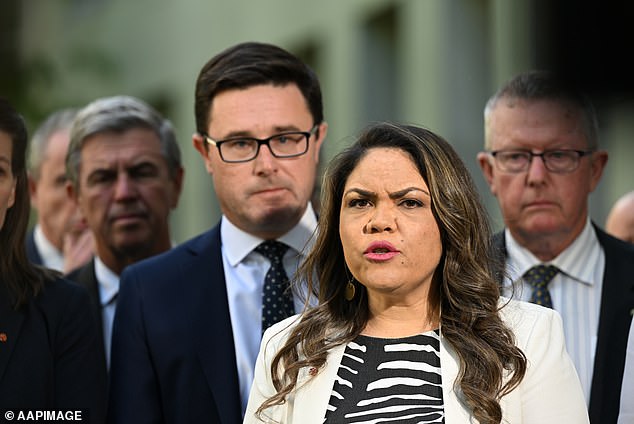