Following another night of shattering electoral disappointment the distraught and angry Victorian Liberals were left picking up the pieces and turning on each other.

After being buoyed by hopes of turning an apparent sharp sense of discontent with the dictatorial style of Daniel Andrews into a big enough swing to oust Labor that dream came crashing down only after two hours of counting on Saturday night.

Controversial outspoken conservative MP Tim Smith, who is retiring from politics, offered a bleak outlook for the party. 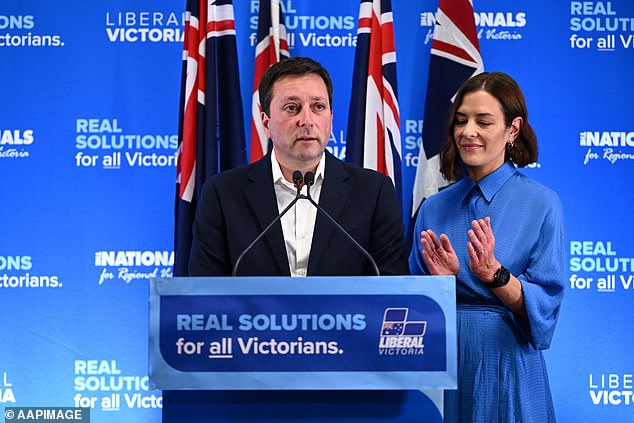 ‘You’re looking down the barrel of being in opposition until 2030 let’s be quite clear about this,’ he told Sky News on Sunday.

‘This is an existential threat to the future of the Liberal Party in Victoria.’

Mr Wilson, who did not run in this election after crashing his car while drunk in October 2021, said he could not see a saviour in the wings.