Daisy Pearce has led the Demons to a fairytale AFLW premiership, after defeating a dogged Lions side by four points at the brand-new Springfield Stadium in Brisbane on Sunday afternoon.

An emotional Pearce, the most legendary player in the female game, strongly brushed away questions about retirement immediately after the match – preferring instead to lavish praise on her teammates after the club’s first AFL flag.

Tayla Harris and Blaithin Mackin each scored goals as the wayward Dees posted 2.7 – 19 in the somewhat wild Brisbane weather, while Cathy Svarc and Dakota Davidson booted six-pointers as the Lions finished 2.3 – 15.

Harris, who carried a shoulder injury into the match, is finally a premiership winner after playing in three losing grand finals for three separate clubs. 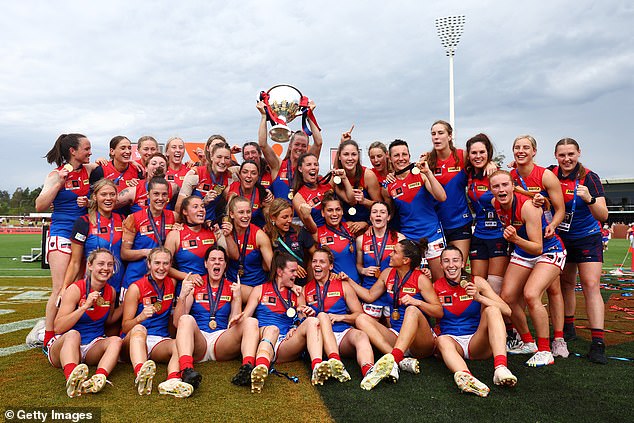