The two children of the late New York Rangers icon, Rod Gilbert, are in fierce battle with their stepmother over his will the children claiming that she manipulated him on his deathbed to cut them out of their $1M inheritance and hockey memorabilia.

Rod Gilbert, who spent his entire 18-year-career in a starring role for the Rangers from 1960 to 1978, died aged 80 after a battle with cancer in August last year.

Chantal Pine, 47, and Justin Gilbert, 45, claim that their stepmother Judith Gilbert 76, got to their father on his deathbed to push them out of their inheritance, the New York Post reported.

The children said that they also want possession of a 40-inch-square silkscreen on canvas portrait of Gilbert produced by revered pop artist Andy Warhol.

Pine petitioned the court to remove Judith as a co-executor on the grounds that she is ‘unfit’ and engaged in ‘misconduct including dishonesty.’ 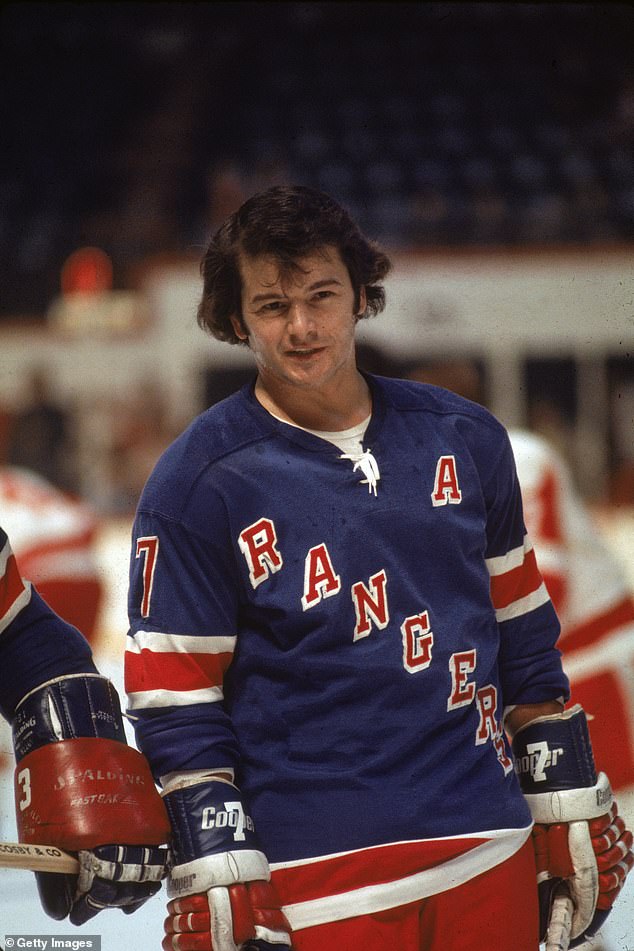 The two children of late New York Ranger, Rod Gilbert, are in fierce battle with their…