San Francisco International Airport (SFO) offers nervous flyers therapy animals, such as a pig and a rabbit, to help calm them down.

The program, known as the Wag Brigade, debuted in 2013 and the airport partnered with the San Francisco Society for the Prevention of Cruelty to Animals (SPCA) to bring certified emotional distress animals into the airport.

Among their gaggle of cuties, includes a pig named LiLou, a 34-pound rabbit named Alex, and several dogs.

The program originally only included dogs until 2016, when LiLou and Alex were added to the family. 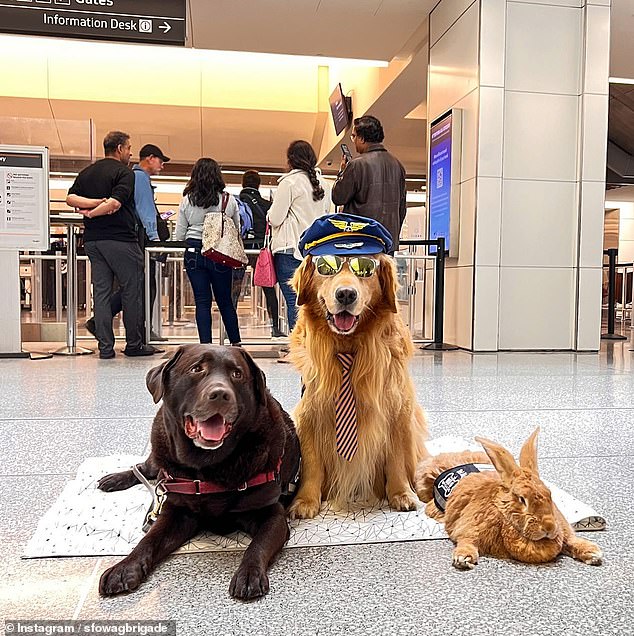 A team of cute animals are ready to help nervous passengers at the San Francisco International Airport, as part of the Wag Brigade program, which debuted in 2013

Each animal was chosen for their temperament, as they must deal with the high stress and movement of an airport.

‘We do meet a lot of people here in the airport who have never met a dog, who’ve…