A San Diego patient who woke up during surgery has filed a lawsuit against his fentanyl-addicted doctor who allegedly failed to properly anesthetize him.

Randy Dalo, a fishing boat captain, said he suffers from recurring nightmares of waking up from the back surgery he had done in 2017, the San Diego Union-Tribune reports.

Dalo contends that he was not given the proper dosage to sleep through the surgery by anesthesiologist Dr. Bradley Hay, who was found passed-out in the bathroom with his pants down surrounded by needles containing opioids hours after the operation.

Along with Hay, who surrendered his medical license in 2018, the lawsuit targets the UC San Diego Medical Center and staff members for allegedly covering up the incident. 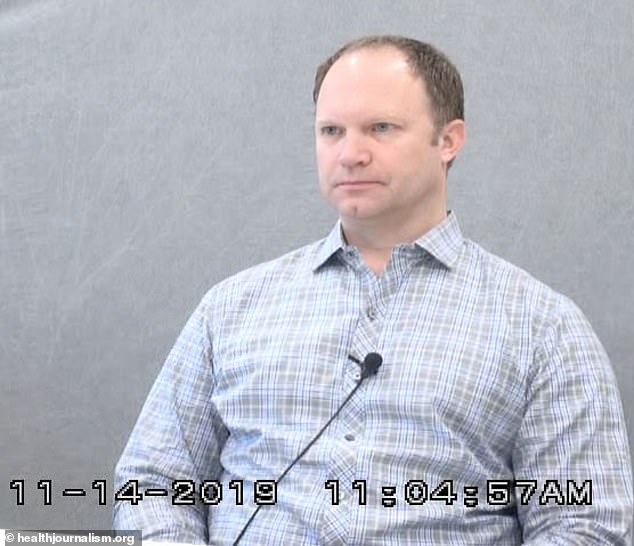 Anesthesiologist Dr. Bradley Hay, pictured in a 2019 deposition over his drug addiction, is accused of skimping on the dosage needed to keep Randy Dalo asleep during his 2017 back surgery. The doctor was allegedly found passed out with…