LeBron James’ return from a five-game absence helped push the Los Angeles Lakers to their first road victory of the season.

James scored 21 points, Anthony Davis had 25 points and 15 rebounds, and the Lakers beat the San Antonio Spurs 105-94 on Friday night.

‘It felt pretty good to get out there on the court with my guys,’ James said, ‘and make some plays and help them get the win.’ 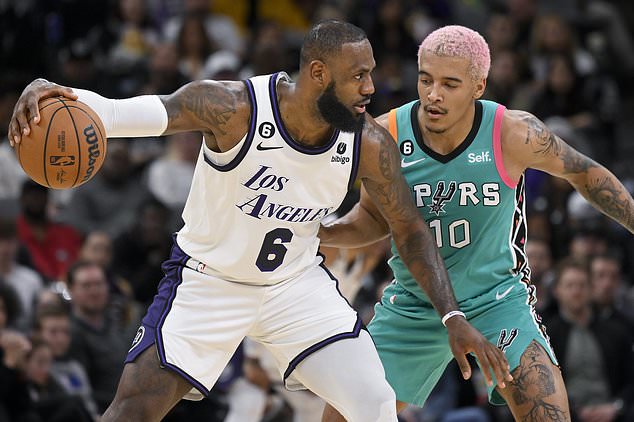 San Antonio lost its seventh straight, the second-longest losing streak in the NBA this season. The Spurs have lost 13 of 14 after a 5-2 start.

James wasted no time returning to form following a strained left adductor, hitting a 16-foot jumper 17 seconds in for the game´s first points. James finished eight for 17 from…