New York City subway riders stalled on the L-train in Brooklyn were treated to a Thanksgiving surprise when a full turkey dinner was served Wednesday in a train car.

Washington Post reporter Jada Yuan first shared footage of the spread to Instagram, taken from the outside of the train.

Yuan said that she was on the train at Bedford Avenue in Brooklyn when it stalled and the conductor instructed the riders to exit.

After exiting, the reporter noticed several people eating mac and cheese and looking ‘happy’ and ‘laughing.’ That’s when she decided to investigate and stumbled upon a peculiar sight. 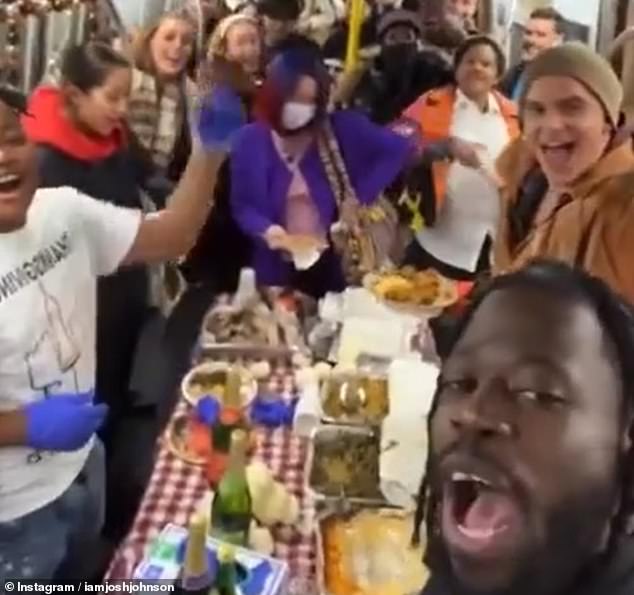 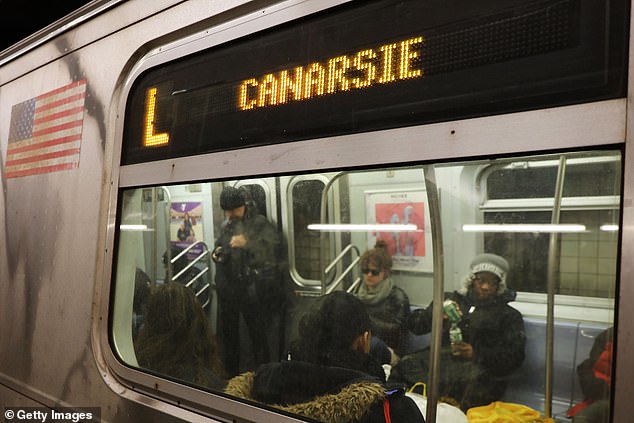 ‘I was in a different car and when I stepped onto the platform there were all these happy, laughing people scarfing down [mac] and cheese! (They said it was bomb.),’ Yuan wrote.