By Michael Rudling For Mailonline

England have lit up the Wembley arch in rainbow colours in protest after Harry Kane was banned from wearing a One Love armband at the Qatar World Cup.

The FA revealed today that players who wore the armbands would have been given at least yellow cards and could have faced further punishment. 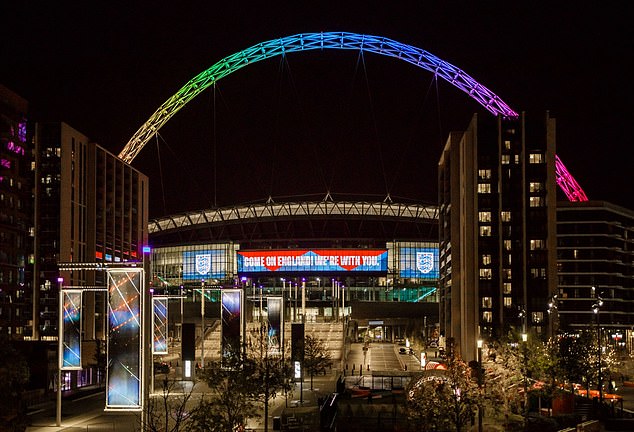